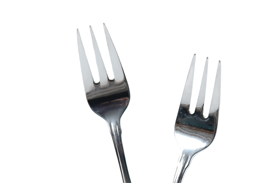 "In Open Source Software, forking is considered a feature. Nevertheless, the Drupal community has generally frowned upon forking. We’ve been a fairly cohesive community. We work together, share what we’re doing (even while we compete with each other), collaborate with each other, offer help, contribute patches, all in support of the commons we love: Drupal." --Laura Scott

What is the Backdrop CMS?

Backdrop is a fork of Drupal being developed with the intention of incorporating Drupal 8 features into an API that more closely resembles that of Drupal 7.

Developing for Drupal has become successively more difficult with each release. The continual march towards professional computer-engineering and design patterns raises the bar and creates an ever-higher barrier for contribution. Backdrop aims to fill the gap left by Drupal as it has grown into an Enterprise platform while attempting to maintain connectivity and cohesiveness with the larger Drupal community. While I believe that there is a need to fill this gap in order to preserve our community as we strive towards Enterprise adoption, I do not believe that a fork will help us get there.

Only time will tell if Backdrop will be successful, and preservation of the community will be critical to its success. And while I agree that Drupal has reached a point of complexity which makes it economically inefficient to develop small sites on Drupal, I do not believe that removing core improvements is the best way to move forward.

The improvements between Drupal 6 and 7 created a dramatically different learning curve; however, they brought with them numerous improvements which I would find difficult to live without. I fully expect to have a similar experience in moving from Drupal 7 to Drupal 8.

Backdrop has once again highlighted the need for a smaller core capable of providing a wordpress-like experience for rapid and cheap development of smaller sites. As a community, we need to address the need that exists at both ends of the spectrum and help to preserve our community by encouraging developers of all walks to participate and contribute to Drupal.

There is still a lot that is unknown about Backdrop. A large amount of what is known is speculation based on git commit messages, Twitter comments and what little information is available on backdropcms.org.

Will the continued march of Drupal towards an Enterprise platform lead to its demise as a general CMS? Will Backdrop become the Drupal we once knew? What are your thoughts on Backdrop? Let us know in the comments. 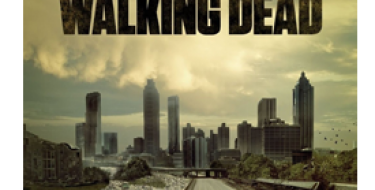 How AMC Made Me Care About The Walking Dead 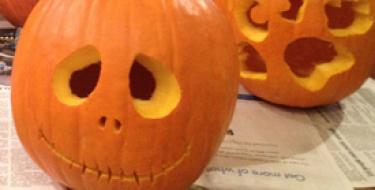 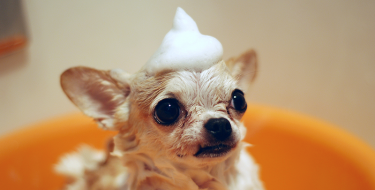 How to Solve Your Customer's Problems and Make Money Doing It

"I fully expect to have a similar experience in moving from Drupal 7 to Drupal 8."

Have you tried it yet? The amount of knowledge and boilerplate needed to create a simple 'hello world' module in d8 is absurd (i started with d5 btw). The transition from d7 to d8 is going to make the d6 to d7 transition look like a walk in the park.

And it's really irritating to continually see those that don't buy into the D8 changes as somehow inherently less capable (which is why they're resistant).

Personally, I am perfectly capable of developing with a complex OOP environment. I still have to use asp.net and C# regularly. I chose drupal so I could save myself that unnecessary grief whenever possible.

And at first I thought, ok, I'll just have to learn symfony and that will give me a heads up. Imagine my surprise when it turned out that no, I didn't just need to learn symfony, I needed to learn yet another drupal specific implementation of a standard system that includes all sorts of Drupal WTFs.

And that doesn't even include the continued performance degradation with each new major release that anyone who cant throw $$$$$ at HW and infra can't fix or the mentioned insane cost of a major version upgrade. I'm actually concerned I may put my job at risk when I have to explain the cost, in both time and infra, that the d8 upgrade will take.

I'm perfectly capable of learning the d8 way. The question is, is it worth it. Or, since I'm going to have to learn something completely new anyway, should I find a more sustainable solution.

No, for me I think it's time to just say no now and hope I can find an off ramp that doesn't require me to find a new job as well.

"As a community, we need to address the need that exists at both ends of the spectrum and help to preserve our community by encouraging developers of all walks to participate and contribute to Drupal."

Sorry, but the core team responsible for the changes are well aware of the issues and have been for some time. D8 wasn't an accident-- it was a plan. It's not likely to change now-- even if it could.

See the excellent blog by jenlampton for an excellent description of why backdrop is a viable solution and fixing Drupal isn't.

And see sun's blog for an excellent understanding of the communication problems that have contributed to the need for it.

"The transition from d7 to d8 is going to make the d6 to d7 transition look like a walk in the park."

With regards to anyones capabilities, I don't see resistance to change as an indicator of ones abilities. I understand the resistance to the changes being made in D8 and while I share some of those concerns, I have also observed similar changes being made in other projects including Wordpress and Joomla. To me, this indicates a fundamental shift in the direction of each of these projects towards a similar goal.

Change is inevitable. It may not come with D8 but it will eventually come. Whether that is in Drupal or Backdrop or some as yet unknown project, it will come. The success of Drupal is defined by the community and it will be up to the community to decide where it goes.

While I have seen jenlampton's blog* I have not seen sun's. If you can pass along that URL it would be appreciated.

It's not really about resistance to change either-- changing to a completely different platform is also change. It's about ROI and the R on Drupal's I is becoming increasing hard to find and, more importantly, justify.

Also, since posting the above comment, I've also found http://www.computerworld.com.au/article/455954/drupal_8_re-architecting….

The money quote is on page 3:

'I think with small sites I'm not willing to give up on them but I think we just need to say we're more about big sites and less about small sites, but then the small sites are still very useful to get people into the community," Buytaert said.'

To me that translates to "thanks for the contributions and contributors, but don't let the door hit you on the way out...". Indeed, the whole article seems tinged with it.

I've felt this for some time now, but was still hoping it was just paranoia. To see it so clearly and succinctly stated by Dries himself is completely disheartening to say the least.

That pretty much seals the deal imo. Why on earth would anyone continue to be used for their contributions by a community so clearly indifferent to their needs is beyond me.

And sun's blog is at: http://www.unleashedmind.com/en/blog/sun/the-world-is-flat