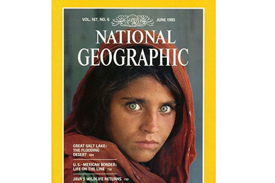 With its signature yellow border and glossy pages, National Geographic is a staple of every classroom and magazine basket in America, but its beginnings are humble. In order to make the magazine a success, its founders and writers had to get creative — and their tactics sound familiar…

At first blush the magazine’s topics don’t sound particularly interesting — river maps, rainforest precipitation charts, and volcanology reports aren’t the most exciting things. But National Geographic solicited articles from some of the greatest explorers and scientists of the age, and men like Admiral Richard Byrd and Roald Amundsen filled the magazine with detailed personal accounts of the thrills and challenges of exploration.

Telling these stories made the information in those dry maps and charts more compelling, more human. Readers could vicariously experience the heart-pounding terrors and thrills that were the early days of world exploration, and hear stories of people and places more amazing than they ever could have imagined.

The lure of exclusivity

In 1897, with the number of National Geographic subscribers stuck at around 1300, society founder Alexander Graham Bell devised an audience-building strategy based on the lure of exclusivity.

Imagine receiving a high-quality letter from the National Geographic Society that begins, “I have the honor to inform you that you have been recommended for membership,” and is personally signed by Alexander Graham Bell.

After featuring several full-page photos of Tibet in its January 1905 issue, National Geographic shifted away from a text-based “scientific journal” feel and toward the picture-centric magazine it is today. Readers wanted to see what they were reading about, and by 1908 pictures took up more than half of each issue.

Then things got really get interesting in November 1910, when the magazine featured 39 full-color images of Korea and China. Soon these were joined by images of Russia and Japan and illustrations of birds and dogs.

Today the magazine’s images are iconic, and its creators are responsible for many photographic innovations in the quest to please their readers, including:

All this is further evidence of the long history of content marketing, as well as an indicator that the more things change, the more they stay the same. Whether you’re selling magazines or software or websites or printing services you must:

By 1950 National Geographic was one of the top monthly periodicals in the world; today it has a global readership of 60 million, and is published in 37 languages.

What are you waiting for? Start exploring new ways to grow your business. 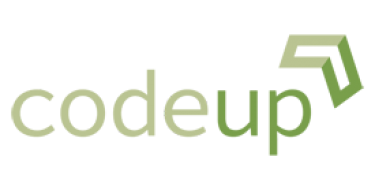 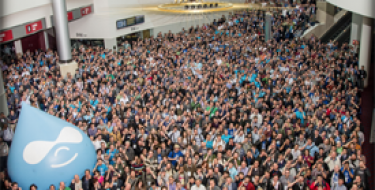 DrupalCon Portland: It's About the Community