After using Facebook Ads regularly for the last five months, there’s a lot I’ve found to love. There’s also a few things that make me want to pull my hair out. Hair-pulling aside, the ubiquity of Facebook makes it an incredibly powerful advertising medium with enough targeting options to keep anyone busy with A/B testing.

The targeting options Facebook gives advertisers are wonderful. And this is arguably my favorite part about advertising through Facebook. Even if your target audience is broad, you can get creative with your messaging and targeting. Just how creative can you get? Here’s a screenshot of just a few of the categories in Power Editor:

Now this is just an example. Each of those categories expands into more subcategories.

Compared to Google AdWords, Facebook makes getting your message across a little easier — you’re not limited to 35 characters. At least when you’re using Page Post Ads, like the example shown below. 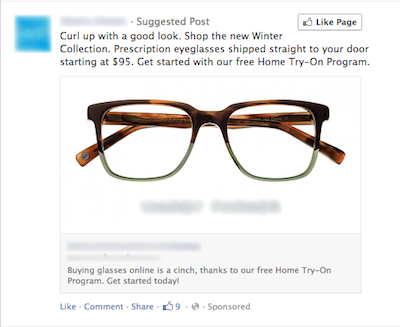 I look at this as a trade-off, though. While Google limits your character space, your ad is shown to people actively searching for your keywords. On Facebook, your ad is shown based on your targeting criteria that you’ve outlined. Meaning, you tell Facebook what kind of people you want to see your ad. That aside, being able to include a picture, video, etc. tied to your messaging and product (with a link to your page) is insanely awesome.

While I could go on about the things that are great about Facebook Ads, I’ll refrain and direct you to Jon Loomer’s blog, which has a plethora of valuable information regarding Facebook Ads.

When it comes to digital marketing, there’s a fine line between “the bad” and “the ugly.” So I’ll tread carefully here to outline “the bad” on Facebook Ads.

Above, I mentioned Facebook’s Power Editor. If you’re familiar with AdWords Editor, it’s essentially the same concept — it allows you to work offline and make bulk changes that would take much longer in the Ads Manager, along with a plenitude of other options. I learned to master Power Editor before really delving into the traditional interface. So perhaps I am biased.

I preface with that to provide a contrast against the ad creator that Facebook provides in the Ad Manager. To put it bluntly: it sucks. It feels like an incredibly watered-down version of Power Editor with less options to the advertiser. There’s no ability to save audiences, post texts are limited to 90 characters, and there’s no ability to copy and paste from different campaigns (if I’m missing some options, please feel free to let me know where to find this in the comments below).

I’m not entirely sure who Facebook made the interface for. By the looks of it, probably a elementary school student wanting to get into the digital marketing world. I honestly don’t think anyone who is serious uses this. If they do, it’s because no one has been kind enough to tell them about Power Editor.

Alas, Power Editor isn’t perfect. The hair-pulling generally comes from one critical option that is missing — you can’t edit Page Post Ads after you create them. “What?!” you ask?

Yes, if I create a PPA (Page Post Ad) in Power Editor and change my mind about something or find a typo, I have to create a whole new unpublished post. Which isn’t necessarily time consuming, but more of an annoyance than anything. Here’s what you have to fill out and get right the first time (It’s taught me to proofread like no other): 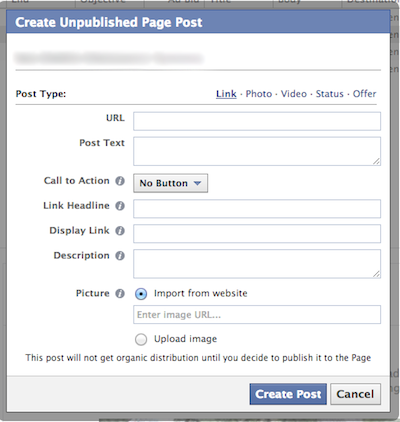 The worst formula, ever

There is just one last thing that I feel has to be mentioned and that’s Facebook’s formula for showing your ad. To provide some context, Facebook wants to make money. So they only want to show ads that:

While this doesn’t seem troublesome on the surface, it makes A/B testing incredibly hard.

When you first post an ad, Facebook will show your ad briefly. If it doesn’t get any clicks in that short amount of time, your ad won’t gain any more impressions (on a CPC bidding structure). This is a big deal because there’s a lot of factors that determine when people click on ads (like time of day, day of week, etc). Unlike Google AdWords, where you can optimize two weeks or a month down the road, not much optimization can be done. In fact, if your ad shows a certain amount of times with no clicks, Facebook will literally quit showing it at all — I’ve seen an ad stop showing after just 20 impressions.

For some anecdotal evidence, here is a situation that happened last month.

Generally I’ll start a campaign with only one ad. If it does poorly, I’ll pause it and run another variation. I do this because the audience I’m targeting is somewhat small, so this is the best approach for A/B testing.

In January, though, I mistakenly paused and then un-paused the same ad after it had shown about 100 times with no clicks. The ad started getting impressions again, and ultimately became the highest-converting Facebook ad I’ve done. Without changing a thing.

So from an analytical standpoint, one can see how this is frustrating when it comes to optimizing your ad spend. Impossible, though? No, but it definitely presents a challenge.

Despite my much longer rant of things I disliked, the good definitely outweighs the bad. Facebook is an amazing medium not only for branding, but audience engagement, too. It’s unique and has an incredibly large reach — which is all a marketer could ask for.

Do you need help whipping your digital marketing strategy into shape? Luckily for you, that’s what we do. We’d love to give you a free consultation and explore how we could help you grow your business. 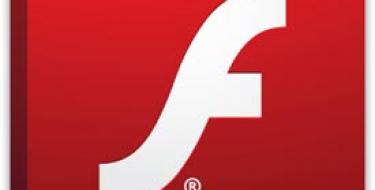 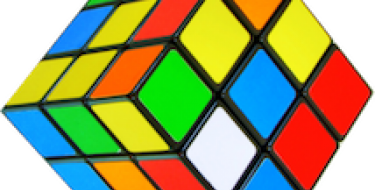 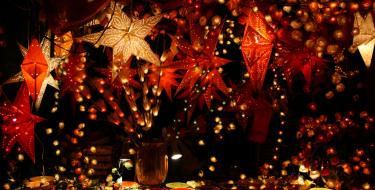 Time to Deck Your Marketing Strategy This Holiday Season