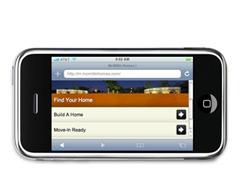 Mobile is big and getting bigger. Unfortunately, there’s not a one-size-fits-all approach for mobilizing Drupal. Today, a plethora of modules and services exist to help developers create new iterations of traditional site interfaces. We chose Drupal’s Mobile Tools to help us mobilize McMillin Homes and create a custom user experience for their mobile visitors. Here's an overview of our process:

Mobilizing, at a Glance

By convention, typical subdomains for a mobile site are "i" and "m." After adding m.mcmillinhomes.com to our DNS entries, we needed to verify the virtual host for our main domain (mcmillinhomes.com) would accept requests at m.mcmillinhomes.com as well. This configuration ensures both content and data are shared across the two sites and is necessary if you want to reuse the existing Drupal installation.

The whole purpose of creating a mobile version of a website is to enhance the user experience for visitors accessing a site from a mobile device. A site like McMillin Homes may be perfectly effective on a modern monitor, but after it's scaled by a high percentage to fit on a smart phone, it becomes significantly less usable.

McMillin requested a mobile-based version of their site to streamline the process of finding a home from a mobile device. With this goal in mind, we designed a stripped-down version of the site's existing theme. There's little difference between coding a mobile and a desktop theme.

When you begin to build a mobile theme, however, be aware of your use of jQuery. Some mobile browsers are incapable of running javascript. To alleviate this situation, offer an alternative, non-scripting solution if the user agent is not supported. Here's an example of iPhone-specific detection:

Transitioning to a Multi-Site Installation

When we first redesigned and deployed the new McMillin Homes site in 2009, we didn’t have the foresight to structure our sites directory to accommodate for a multi-site installation. Our original folder structure was that of a typical Drupal installation: sites → default → files, sites → all → themes, sites → all → modules, etc.

Usually, subdomains don't require a multi-site configuration, but in our case, m.mcmillinhomes.com needed to share files and a database with the main domain, mcmillinhomes.com. They also needed to cache simultaneously, as one.

Because our files and modules weren't moved, the integrity of the site wasn't compromised. Functionality remained intact and uploaded images to the files directory continued to be correctly called.

Once the steps above are completed, configuring Mobile Tools is a breeze. The module is highly configurable and the UI is straightforward.

We enabled automatic redirection of the mobile user to m.mcmillinhomes.com when navigating to mcmillinhomes.com on a mobile device. The theme switches based on the URL. We included a link to the non-mobile version of the site at the bottom of the mobile theme so visitors can still access the desktop version of a site from their mobile device, if they wish. To achieve this result, append ?nomobile=trueto the URL. 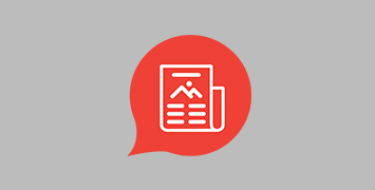 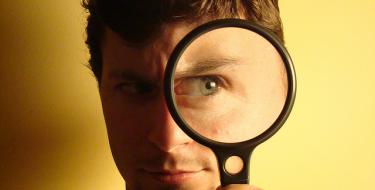 3 great Drupal 7 Modules you may have missed 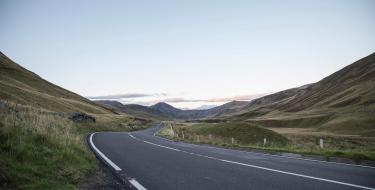 A few thoughts on your code examples. eregi is currently depricated (not to mention slow) and will not exist at all in PHP 6. preg_match() or strpos(strtolower()) would be the better way to go.

Also page.tpl.php should generally not contain if statements. A preprocess function in template.php would be the better choice.

Thanks for the clarification, Dalin. I've updated my code samples from eregi to preg_match, a quick fix. And yes, you're correct — a page template should be used explicitly for markup and printing variables, not logic.

I found your approach very interesting, all the examples (Mobile + Drupal) that I have seen usually employ the domain access module. Can you please provide more information on how you configured your settings.php? For example, what tables did share? etc.

I followed your instructions until the multi-site folder creation. I'm not sure how to go to the mobile site (m.mcmillinhomes.com). I tried in my own one but it keeps going to the one in the "all" folder. And when i type the exact link to the new created folders, i got the permission denied.
Can you help me please? I'm totally new to Drupal.

Thank you very much
Max

Thanks for a great tutorial. I have been searching drupal.org for a while on how too do this but I didn't find anything useful there. Your guide is informative and easy to follow.I wish drupaldocs had this info.

Thank you, Kelly! We're glad you found this post helpful. Feel free to share it with other Drupal developers/themers.

iBBdemo is another option for iphone/ipad emulation.

Thanks for the tool suggestion, we'll check that one out. I like that it uses AIR and is cross-platform.

We'd also love to hear if anyone has seen a good Android emulator (other than the SDK). Something simple for mobile web would be great! Sometimes I just need a quick emulator without going through the full SDK.