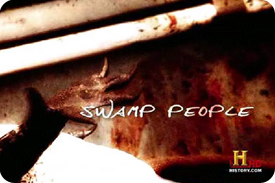 The Secret to Selling a Boring Idea

The History Channel airs some of the best guilty pleasure shows — none more guilty than Swamp People. The plot is nothing fancy and remains almost unchanged from episode to episode, season to season, so how is it still so popular? It relies on my favorite thing: storytelling.

Each episode of Swamp People follows a strict formula:

Of course not! No one would watch that for an hour a week for an entire season.

It would be exciting the first couple of times because — let’s face it — how can you not be fascinated by a 10-foot dinosaur chomping down on the side of someone’s boat? But once that initial thrill is gone, what’s left?

Goose egg. Formulas don’t make you care, entertain you, or keep you coming back for more. They’re toothless.

Tell a story instead

So how does the History Channel make alligator hunting interesting? They focus on the hunters instead of the hunted.

The show features a handful of alligator hunters and their families, each more arresting than the last:

I don’t care about some guy shooting an alligator; but I am interested in finding out if Troy’s sons are going to keep the business running, and if Bruce can recover from a bad start to the season.

And I’m not the only one.

The proof is in the pudding

Its success flummoxes many, including the show’s stars. “I couldn’t imagine anybody but a few hunters and maybe a few fishermen being interested in a show like that,” said Troy Landry in a 2012 interview.

Now in its fifth season, Swamp People is a testament to the power of storytelling in making something exciting out of a hard, repetitive, essentially boring job.

So what’s your excuse? 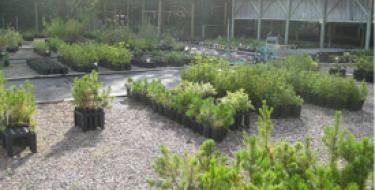 Sowing the Seeds of Customer Satisfaction