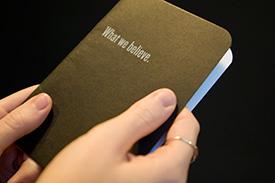 In 2010, Frost Bank launched its “What We Believe” campaign. Small, plain booklets were distributed through various channels, including employees and through the cooperation of publications such as The Wall Street Journal and Texas Monthly.

On each of the booklets’ 24 pages are statements such as, “We’d never do anything with a customer’s money that we wouldn’t do with our own,” and “We believe The Golden Rule is more valuable than a free toaster. ” At the end of the booklet, the reader is directed to WhatFrostBelieves.com, where they are invited to share their personal stories as Frost customers.

Originally a mercantile and private bank, Frost Bank was opened in downtown San Antonio in 1868 by Colonel T.C. Frost. Six generations later, Frost is the largest Texas-based banking organization, operating in seven of the largest regions in Texas. Throughout that time, Frost has remained dedicated to helping businesses and families throughout Texas prosper.

In big business, however, mission statements don’t always mean much; personal care and attention are often sacrificed on the altar of the bottom line.

Frost wanted to position itself differently, set itself apart from its competitors, and show customers and prospects alike the value of being a Frost customer. But where to begin? What, exactly, did Frost want to do?

Recently I had the great pleasure of speaking with Pam Thomas, a Frost Executive Vice President of Marketing, about the What We Believe campaign.

A main objective of marketing is to set yourself apart from the crowd. But doing so can be tricky, Thomas said. “We always strive to communicate our value proposition and brand in our marketing, and our high customer retention and satisfaction rates show that our customers appreciate how we do business. Our biggest challenge is showing what sets us apart. How can we communicate that value proposition in plain language?”

It was McGarrah Jessee, the marketing firm with whom Frost has been working since 1997, who originally conceptualized the little black book. It would have been a neat enough advertising trick on its own, but Frost went a step further: after distributing the books, Thomas and the Frost Marketing Department sent out emails to customers, asking them to comment on how they thought Frost was or was not fulfilling the statements printed on those 24 pages.

Like many marketers, Thomas at first had doubts about a new way of doing things. “I was pretty skeptical. I thought, ‘People just aren’t going to do this.’ Then in the first week we had 400 or 600 stories.”

Since the campaign’s launch last year, over 1,000 people have submitted their stories to the What Frost Believes website, with 5 - 10 stories still being submitted weekly.

As you can see from the photo, Frost’s goal with this campaign was not immediate brand recognition. “We wanted to create awareness for Frost, and let people know about Frost in an attention-getting way,” Thomas said.

“We purposely did not put our logo on the front [of the book]. When you open your magazine and this little book falls out, that’s intriguing.”

And intrigued people were. So intrigued, in fact, that some Frost employees and customers are finding more ways to spread the word. “[CEO] Dick Evans keeps them in his coat pocket and hands them out with his business cards. Vivian, his assistant, we keep her stocked. People ask, ‘May I please take some of these and give them to my friends?’ One lady wanted some to give to her Sunday School class.”

The holy grail of marketing campaigns is return on investment (ROI). This can be a slippery measurement, though, especially in the case of the What We Believe campaign.

Tracking ROI is a branding campaign can be difficult, Thomas said, because although there is a call to action at the end of the book, it’s impossible to measure the campaign’s reach exactly. So how does Thomas know if the campaign is successful? Simple: She relies on Frost employees.

“Several emails have come [from employees] saying that they talked with someone who received the book in a publication and came in and said, ‘I’m changing banks. I’ve been unhappy for awhile, and I just haven’t done anything about it, but now I’m going to.’ "

At the end of 2010, Frost had the opportunity to place an ad on hulu.com. Based on the results of the What We Believe campaign, they decided to do things differently by showcasing some of the great stories Frost customers have. “We called about 80 of the people who had submitted their stories to the website and asked if they wanted to come to Austin and film their story. In total we had 17 people who came to Austin on their own dime, on December 20, five days before Christmas, to film.”

The campaign is carrying even further. Throughout the first part of the year, you will see the slogans from the book on billboards and in print ads. More customers’ stories are being filmed for online ads and television commercials, and soon the What Frost Believes website will be available for mobile devices.

Successful marketing is about setting yourself apart, showing your value to prospects and customers, and following through on the promises you make.

Frost’s What We Believe campaign shows not only Frost and McGarrah Jessee’s marketing savvy, but also creates a positive branding experience told through the mouths of their customers. Frost’s creative marketing and willingness to listen to their customers has served them well, with customer retention and satisfaction rates among the highest in the banking industry. But the best part to Thomas is clear: “It shows that customers are loyal, and we’re loyal to them.”

In a world full of marketing efforts gone wrong, Frost’s campaign is a breath of fresh Texas air. 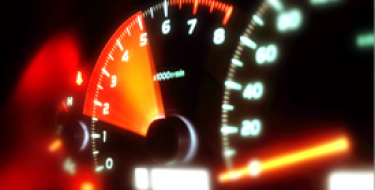 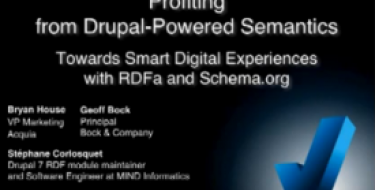 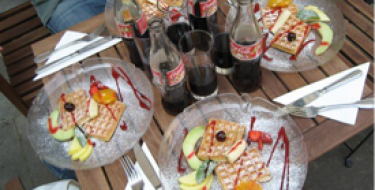