Adventures in the Drupal Community

An early new year’s resolution for me is to become more involved in the Drupal community. It’s something that I’ve been thinking about for months, but Angie “webchick” Byron’s keynote at DrupalCamp Austin on November 19 gave me the tangible steps and motivation to jump in. It has been a lot easier to get involved than I anticipated.

An amazing statistic that Webchick shared in her presentation is that 99.63% of those who download Drupal leave and are never heard from again; they never create an account on Drupal.org, never file an issue, never contribute a patch. If we could somehow double the participation rate it would still be less than 1%! This motivated me to see more Drupal newbies make it over the learning curve since clearly Drupal’s first impression does not impress the majority of downloaders. It also proved to me that the Drupal economy is full of opportunity for those who are willing to give to the community.

Webchick suggested in her keynote address a short list of tasks for someone interested in getting involved in Drupal.

All of these tasks are available for novice drupal users, but can also be challenging to the most experienced developer. Angie seemed to be emphasizing the point that you can help out no matter what your experience.

Armed with some strong motivation and a list of simple tasks, I chose to jump into IRC chat and help out when I can. Over the last week I’ve stayed logged on to the #drupal & #drupal-support channels during the work day. Whenever “my code's compiling” I hop over to the channels and look for an easy question that I can answer. I’ve answered about a dozen questions by now and each time I feel that helped another drupaler on their way. Only one time have I gotten in over my head, but the person asking the question was so grateful that I was even trying.

My biggest fear before starting this adventure was that I wouldn’t be able to contribute much, since I have a limited amount of down time during my work day. But it has not been the case at all — most of the questions I choose take less than 5 minutes to answer, so my aggregate time spent has equaled 15 to 30 min a day.

The next task I’ll add to my adventure will probably be documentation. Working with such a variety of clients, I find often find myself building something that I have never built before; I can see how it would be helpful to document the process of solving the issue on drupal.org. The time commitment will be minor, but getting in the habit could be the difficult part. 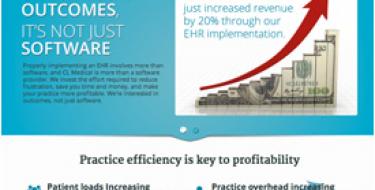 As you, this is also one of my new year's resolution: "Get more involved with the community".

I was kind of lost about where to start, but with the links you provided now it got so clear!

Even with short time for that, I also believe I can do it and make it a habit.

Little by little we can make the difference! ;-)

Thanks, Heitor Althmann. Best wishes on getting involved with Drupal.