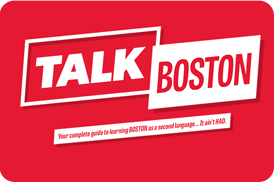 I’m a sucker for great marketing campaign tie-ins; it’s fun to see all the ingenious ways companies advertise, plus it’s a great way to get my own creative ideas flowing. The latest inspiration comes from Dish Network, who’s taken the campaign for its DVR system to ridiculous heights with TalkBoston.com.

Dish launched its DVR system, called the Hopper, in early 2012. Advertisements for the system feature a wise-cracking family whose distinguishing characteristic is their Boston accents — they call the system “the Hoppah,” and much of the commercials’ fun comes from hearing the odd ways they pronounce things.

About a year later, Dish upped their game with the launch of TalkBoston.com, which features the web series “Boston as a Second Language,” a pronunciation guide, a game that tests your knowledge of the Boston “language,” and a section devoted to celebrity “alumni” showing off their new linguistic skills.

Why it’s so great

I don’t know how Bostonians feel about the whole thing, but I — and everyone I know — enjoys the concept and videos. They’re humorous, rely heavily on wordplay, and are in general just fun.

Posting funny videos is one thing, but Dish took things even further by creating the Talk Boston Test, in which you have to “translate” a word on the screen into non-Bostonian.

It’s surprisingly challenging, and seeing that you’re ranked 151st with a score of 2700 (that’s 40% Bostonian) makes you want to keep trying for a higher number.

Not only is this campaign so great that you’re compelled to share it, Dish makes it easy for you to do so using the “Twidda Translator,” which translates your text into Bostonian before posting to your Twitter account (with a link to TalkBoston.com included, of course).

With search engines now using links and social media shares as part of their ranking algorithms, companies need to take their contents’ shareability into account.

The commercials for the Hopper and the TalkBoston.com website showcase a cohesive brand strategy by using the same concept (Boston accents) and tone (on the silly side).

This cohesiveness is necessary because it ties the commercials and the product together in consumers’ minds — Dish wants people to purchase the Hopper, and associating it with something fun makes it more memorable.

This cohesion, unfortunately, dissolves once you visit Dish’s main website. There’s plenty of information on the Hopper, but the wisecracking family and sense of humor are gone, replaced by sales pitches and a more formal tone. It felt like they ran the whole marathon and stopped two feet short of the finish line.

Why not create a specific landing page to which all commercials and the TalkBoston.com website go — one that continues the theme just a little bit longer before hitting a consumer with sales copy? The potential for even more great content is awesome.

Is it a success?

As with many large marketing campaigns, success — and return on investment — seems mixed. Dish added 14,000 subscribers in the last quarter of 2012, but subscriber losses and programming cuts (as well as lawsuits from broadcast networks anxious about profit margins) in 2013 give the campaign a one-step-forward-two-steps-back kind of feeling.

So what can companies with much smaller marketing budgets learn from Dish?

A successful marketing campaign requires a solid marketing strategy. Download our Marketing Plan for Growth to learn the basic building blocks of content marketing and recommendations for getting started. 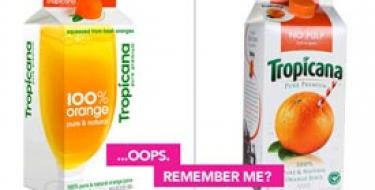 Rebranding: The Good, The Bad and The Ugly

The Secret to Happy Customers 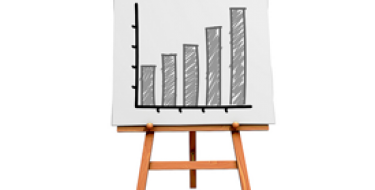 Practice: The Only Effective Antidote to Sucking

As a transplant from Boston to San Diego - I have to thank you for sharing this marketing campaign.

They have done an excellent job of putting the product out there and having fun at the same time.

Thanks, Char-Lou! They are indeed clever folks. Now I dig through my purse looking for my kahkeez and ask my husband where he left the clicka. :)