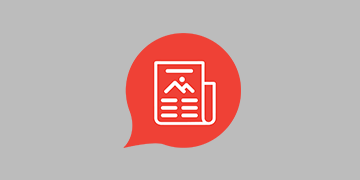 KLM Surprise: How a Little Research Earned 1,000,000 Impressions on Twitter

In November 2010 the international airline KLM surprised its customers: As passengers arrived at security checkpoints and gates, flight attendants were there to greet them by name and give them a personalized gift — something that the passenger could use on his or her trip, or enjoy when they returned home.

One woman who was going hiking in Rome was given a watch that tracks distances and walking speed; a man traveling to Mexico to build houses for the homeless was given a care package of muscle ointment and adhesive bandages; an elderly woman traveling alone was upgraded to first class seating.

How did KLM know just which gifts to get each customer? The answer: social media.

All this gift-giving was a part of KLM Surprise, the company’s effort to not only connect with its customers on a personal level, but also an experiment in the power of social sharing.

Flight attendants browsed Twitter and Foursquare, looking for people who mentioned that they were taking a KLM flight. Then, using the information the customer provided about him or herself on social media platforms, the flight attendants purchased a suitable gift and presented it to the passenger upon his/her arrival at the airport.

According to the photos on the KLM Surprise website, at least 40 KLM customers were given gifts.

The result: A social media storm

40 isn’t a staggering number. But news of these surprises spread like wildfire through mentions, tweets, retweets, and word of mouth. In November, the KLM Twitter feed was viewed more than one million times. Not bad for a company that wasn’t sure it could make social media work for them.

What KLM did right

Being where their customers are

KLM did their homework, and made it a priority to seek out their followers and create relationships with them. They created a website and Twitter feed dedicated to their campaign, joined Foursquare, and posted their video on their YouTube channel and the KLM Facebook Fan page. They attempted to start and join conversations on those platforms, and get a feel for what their customers are like.

Knowing who their customers are

Then they took it one step forward and personalized their campaign. They could have saved time and presented those 40-some passengers with a generic gewgaw; instead, the employees took the time to learn more detail, and give their customers something that had real value to them.

Where they missed an opportunity

Although KLM did a great job of interacting with the 40 or so passengers to whom they presented gifts, their interaction with their wider customer base is lacking, and they have lost additional opportunities to develop their brand.

For example, of the 62 comments on the KLM Surprise video on YouTube, over ten of them are negative, several involving complaints about lost luggage and poor customer service. Perhaps these issues were solved through private messages or on other platforms; however, the lack of response from a KLM representative makes it appear that first, the company ignores their YouTube channel, and second, that they ignore their customers. These assumptions may be false — but first impressions are everything.

Secondly, despite researching I cannot find anything (published by KLM or a third-party group) that discusses the ROI of the experiment. Sure they got one million impressions on Twitter — but did they gain new customers? How many? Did flight bookings go up? What was the actual goal of the experiment?

I’d love to see a case study of KLM’s campaign. Was it worth the effort and time it took to research customers, the cost of the gifts, etc.? KLM has the potential to bring more legitimacy to the idea of using social media to boost business, and they’re letting it slip away.

Although KLM certainly got a lot of social media attention by surprising their customers with gifts, I don’t think they capitalized on it as much as they could have. Now that the experiment is over, they don’t seem to be monitoring as closely the channels they were using to spread the word: their YouTube channel is ignored, and the KLM Suprise website is static.

The best thing about KLM’s experiment is that it has shown other businesses that social media can be a viable platform for connecting with customers and getting measurable results; the worst thing is that KLM had the opportunity to take it even a step further, and they fell short.

Social media is a core aspect of your overall marketing strategy. Download Digett's Marketing Plan for Growth to learn how to create a marketing team, get clear on your brand, and how to use social media to grow your business. 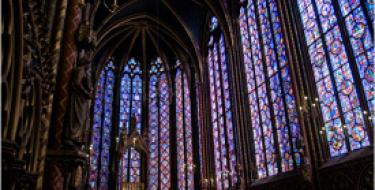 Stand Up & Testify: The Power of Testimonials 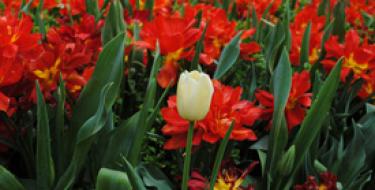 Standing Out, Moving Up

[...] brand uses Twitter and Foursquare to find people who are flying with KLM, and checks their social profiles to get an idea about what [...]

[...] brand uses Twitter and Foursquare to find people who are flying with KLM, and checks their social profiles to get an idea about what [...]