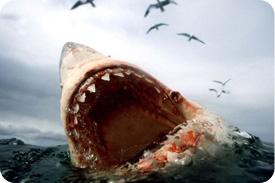 As the Discovery Channel's 25th year of Shark Week begins, it’s interesting to see how the longest running program event on cable has kept up with the times, especially when it comes to technology and social media.

What started as an idea scribbled on a cocktail napkin has become a media sensation, seen by 30.8 million people in 2010 and bringing Discovery Communications’ shares up more than 2% that same year.

At first blush there doesn’t seem to be much to the event. One can only watch so many clips of sharks swimming and eating chunks of meat; combine that with the fact that Shark Week has been running annually for 25 years and one starts to wonder what all the fuss is about.

The secret to Shark Week’s success lies not in the variety of its programming, but rather in its inventiveness in community engagement.

This year marks Shark Week’s move into new waters, and they’re showing the rest of us how social should be done.

A new kind of host

In previous years Discovery Channel stars like Mike Rowe, Adam Savage, and Jamie Hyneman have filled the role of Shark Week host; things got interesting when it was announced that video blogger and YouTube celebrity Philip DeFranco would have that honor for the program’s 25th year.

DeFranco brings with him millions of subscribers, many of whom are firmly entrenched in platforms like YouTube, Twitter, and Facebook. This change in audience was a perfect opportunity for Discovery to dive further into social media, and they took it.

A new level of engagement

The Shark Week Facebook page is has over 600,000 fans, many of whom are posting shark-related photos, questions and comments, and discussing the shows. Page administrators are participating in conversations too, as well as sharing show promos, links to “jawsome” products, and exclusive behind-the-scenes photos.

Shark Week’s Twitter account is constantly updated with links to articles and clips, links to special shark cams, and calls to action to protect sharks and their habitats. There’s also a hashtag (#SharkWeek) people can use to track and join conversations.

Also included in this week’s lineup is “Chompdown,” a nightly event hosted by DeFranco in which viewers get to vote on what items are crushed by a mechanical megalodon shark. Votes are tallied from live hashtag votes on Twitter (#Chompdown) and polls on the Facebook page.

Come on in, the water’s fine

Discovery is a perfect example of a company daring to wade out past the swim marker buoys and see what happens. Their strong social media plan might give other companies the courage they need to test the waters — could that company be yours? 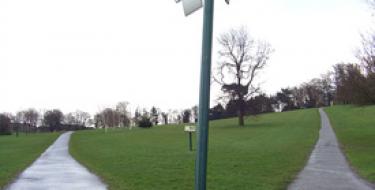 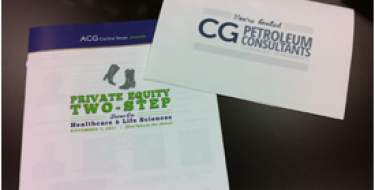 Interesting article. It appears the mainstream media realizes the power and reach of the new social media and they're adding it to their mix. It looks like it's here to stay - at least for now.

I just TWEETED your article to 6,500 followers. Not a huge number but you never know.

Great article on their success and how they pulled it all together. A model to be studied and copied. The results speak for themselves.

I think mainstream media has realized its importance prior to now — but most of them have been unable to successfully integrate social into whatever they're doing.

The most interesting aspect of this for me is Discovery's selection of host for this year. It's a bold move, and in many ways confirms DeFranco as a "celebrity." Which brings even more legitimacy to social, especially YouTube.

It'll be fun to see what kind of trend this kicks off.

Thanks for sharing the article, Michael! Hope your followers find it helpful.

Hello again Bert! I'm hesitant to call it a success just yet — I haven't seen any numbers that indicate that viewership is up, or that they're making more money. Then there's the ever-raging argument of whether or not social media ROI is trackable. I'm sure Discovery is keeping close tabs on it all, and I hope they release some info that shows whether or not the experiment was successful.

Last year I played in a crowd sourcing rally for Shark Week- Victors & Spoils put it together. Interesting brief. The challenge? Come up with fresh bait ideas on taking Shark Week social- big bite. People are fascinated with sharks- the programming is engaging. Has play & stay power. The week is a Nielsen Rating spike for the NGC, higher media spending. Equity in action.

It'll be fun to see if this year's spike in ratings and equity is higher than in previous years.

I do like the legitimization of You Tube. DeFranco is an energetic promoter that will help with the younger crowd. That segment is where the growth, and future growth is.